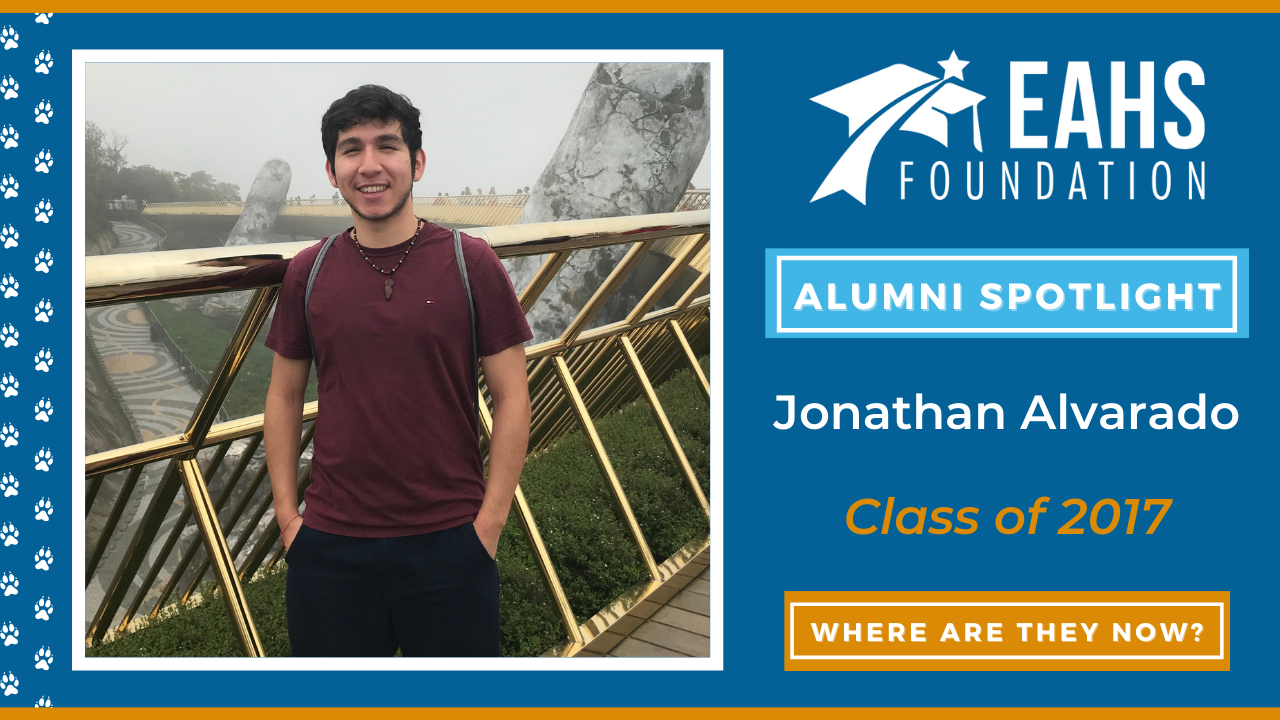 Jonathan is an Elsie Allen grad and 2017 Foundation Scholarship Recipient. He now attends Macalester College in St. Paul, Minnesota and is in his 3rd year of a Physics major and on track to graduate in Spring 2021. He had nothing but great things to say about the staff and his classmates that he had when he attended Elsie Allen, and that he found inspiration in how strongly committed his teachers were in supporting his educational journey.

He is a first-generation Latino college student originally from Oakland, California. After his parents immigrated to the United States from Mexico, they spent the majority of their time working and doing their best to provide for Jonathan. After moving to Santa Rosa, they emphasized the importance of education and all of the opportunities that it could bring. His parents always reminded him that by working hard in school he wouldn’t have to struggle later on in his life. This fueled him to put effort into his academics while in high school, and as a result he had the opportunity to travel to Minnesota to continue his education at Macalester College.

Currently, he is a third-year student and he is a declared physics major on track to graduate by spring 2021. In the spring of 2020, he will also be studying abroad at Nanyang Technological University in Singapore! He is extremely excited about this opportunity — he let us know that infive years he would like to be attending graduate school for engineering. He is not sure exactly which branch of engineering but he believes it would be great to continue studying and see where opportunities lead him.

Jonathan recently shared with us that, “College has proven to be a new chapter in my life filled with new sets of challenges. I had to face social challenges at my new institution, along with academic and financial struggles as well. A majority of my classes require that I purchase a textbook to successfully complete the course, and this was something new that I was not used to doing. While at Elsie Allen, I was used to picking up my textbooks for free at the back of the library. However, this is not the case in college. Thankfully, the EAHS Foundation has been helpful in assisting me with paying for the more expensive school materials while in college, such as those pricey textbooks. Not only that, but the scholarship also helps me pay for travel expenses and gaps in the tuition bill for the semesters.”

He also wanted us to share with our Foundation donors, “For the donors and sponsors of the EAHS Foundation, I would like to thank you for your contributions, time, and energy spent in supporting students such as myself. I am proud to be a first-generation Latino college student, and even more proud to come from Elsie Allen. Once again, I want to say thank you for helping me achieve my dream of attending college and allowing me to pursue a higher education as the first person in my family to do so.”