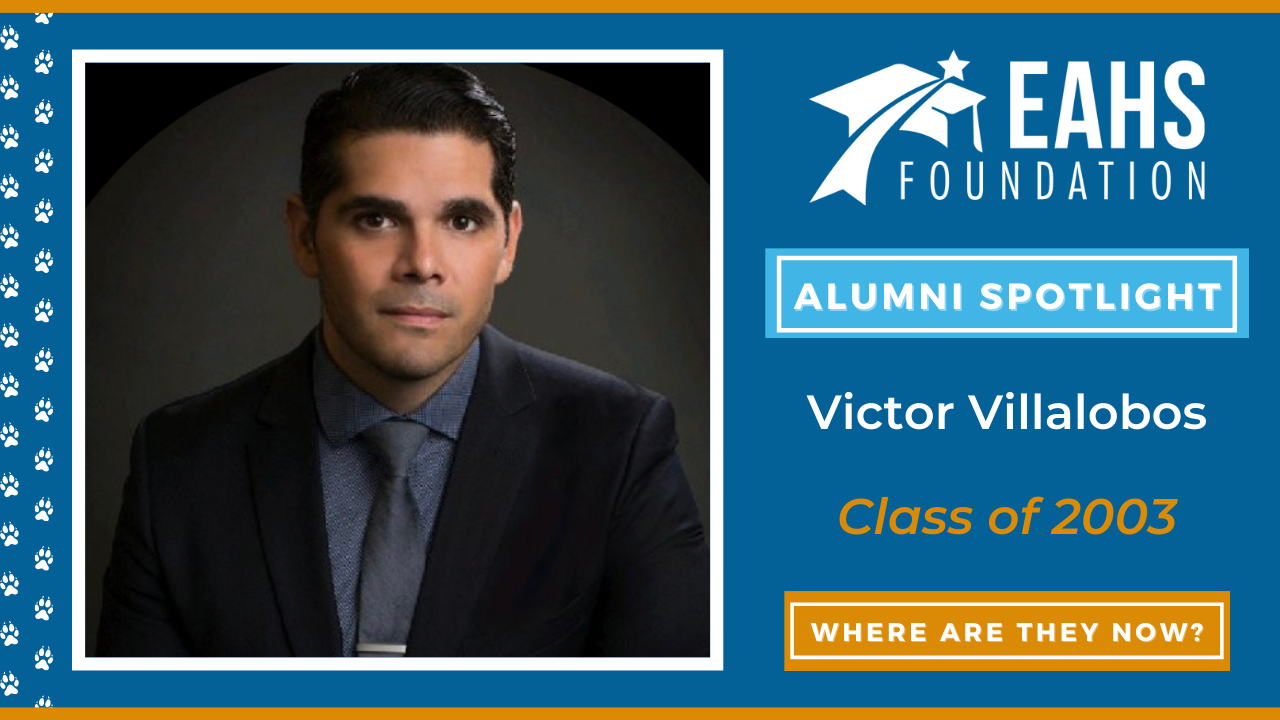 First and foremost, thank you so much Victor Villalobos for your 13-years of service to our country — Victor served 13-years in the Marines and the Army! He graduated from Elsie Allen High School in 2003 and went straight into the United States Marines where he was deployed multiple times as a Special Operations Operator. When talking about his service he emphasized the valuable lessons he learned at EAHS from his teachers, coaches and friends, that really helped him during his experience in the Marines.

He was proud to share that he graduated from Texas A&M University, in 2013,  while still serving his country. He graduated with a degree in Interdisciplinary Engineering — when we asked how Elsie Allen High School impacted him he shared: “EAHS was an eccentric place for me. I attended ESL classes and had to work hard to catch up to my peers. I quickly learned that perseverance and determination played a significant role in achieving my goals. My teachers had a huge impact on my life’s journey. I remember two of them secretly gave me AP work because I wasn’t allowed to take AP classes due to my ESL status. Reflecting on these experiences I realized I was capable of doing anything, I just needed to focus, and set my priorities.”

Victor started his own business, AllReal Management in 2019, he is also the Vice-President of Global Protective Services and Intelligence for a large financial institution. When we asked him why he does what he does he shared a philosophy he strives to live by: “Inspire trust by being imminently worthy of it, but prove you are. Put others first, and realize success comes much faster when you inspire others to merge their goals with yours, and forge ahead with you in unison.”

Victor hopes to build his business, build his family (larger than two), and get more involved in philanthropy. He was incredibly excited to find out that the EAHS Foundation exists and is getting as involved as he can be from his community in Southern California.

Victor left us with a message for our young Lobos: “Character is never a constant in a world governed by change. Perseverance and determination is an excellent compound for resiliency. Build trust and inspire others, and remember that this is the start of a long journey, so sit down and enjoy the ride.”

Victor, you are an inspiration to all of us, and huge congratulations on all your success. Thank you for sharing a little about yourself, and keep doing what you do!